You are here: Home › Newnes 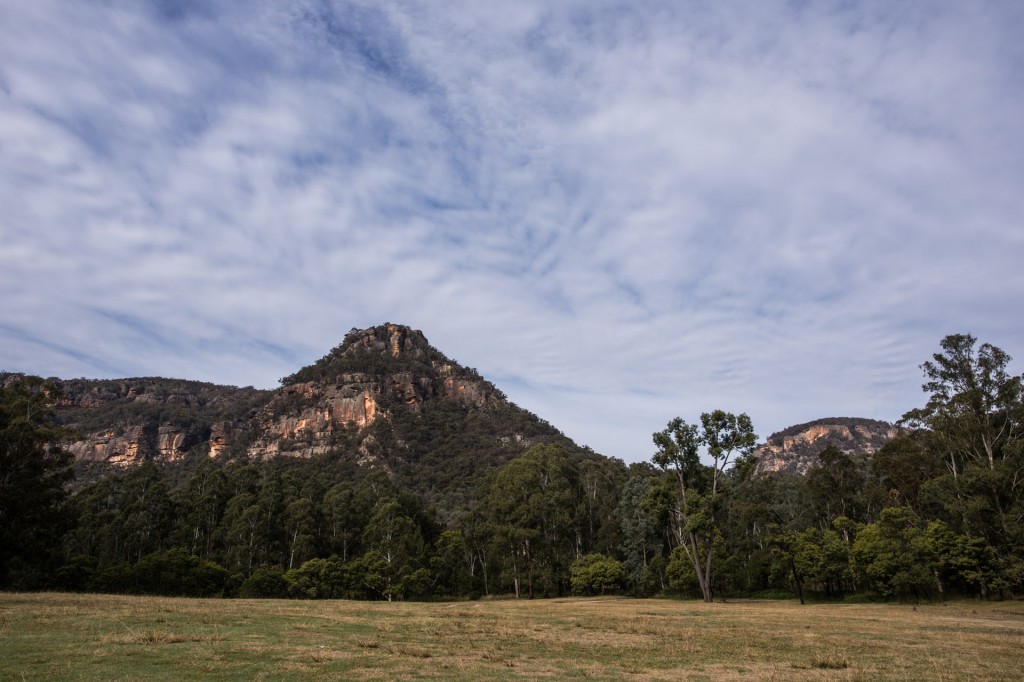 Last night’s hike left me keen to return to the cliffs in day light and perhaps find a way up. Once at the base of the cliffs once again, we skirted along looking for a way up. Having left the tripod behind this time, I was ready when Raman found an entry to a sort of shaft running up the cliff face that required a bit of climbing. The rewards as we climbed were thrilling. Raman out over the cliff. A drop that even scared the hell out of Raman. “Don’t look down… OH…oh…oh… shouldn’t have looked down. I’m just going to slowly shimmy back now”

There were several more challenging sections of climbing and skirting along cliff faces looking for holes in the otherwise impenetrable walls before we finally reached the top of the main escarpment. After nearly 2 hours we reached a protruding section of rock at about 860m that gave the view. Watching the occasional person at the camp site below was like watching ants. I checked the angle and found that our tents in the camp ground were at about 28-30 degrees decline from our vantage point and 345m below us. The cliffs I skirted along last night. The landscape above the cliffs What a vantage point!

When we did finally leave the vantage point we scrambled down quickly. 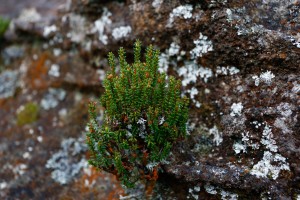 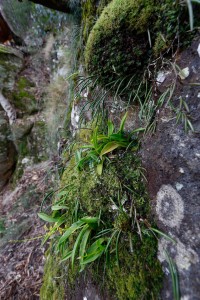 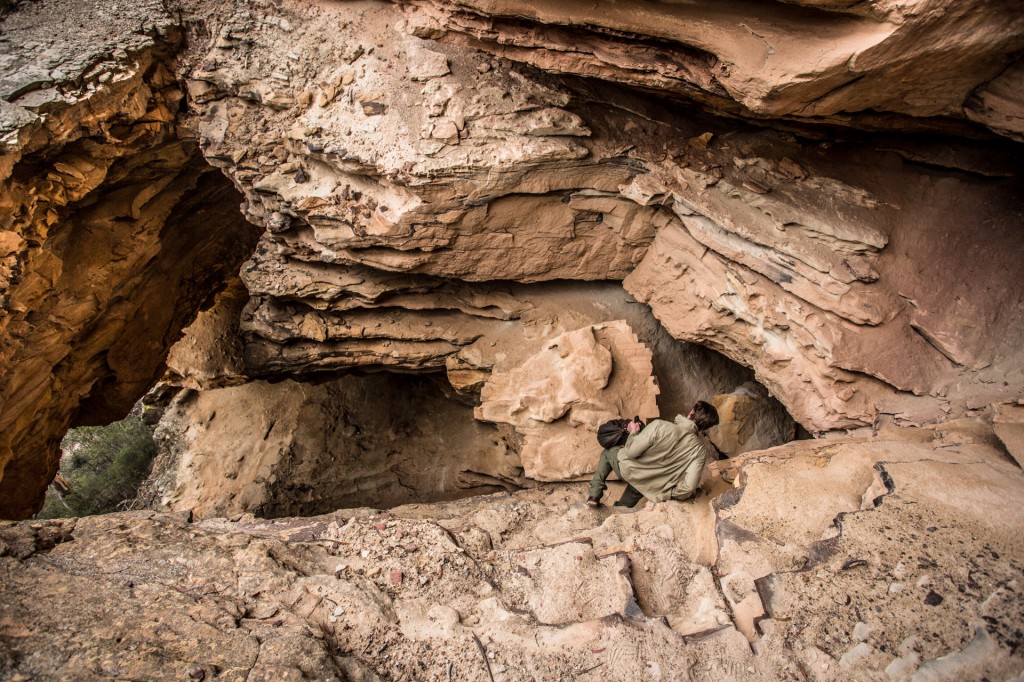 Down the shaft. Yes, its steep!

Once past the precipitous cliff edges we slid, scrambled and jumped our way back to camp in less than 50 minutes. With a bit of time before dark, we quickly pulled all the gear off the bikes and headed off for a ride. Crossing the Wolgan River looked easier than it was. The bottom was sandy and we sank into it. We got through but it did catch us by surprise a little. The main challenge on other crossings has been the slippery rocks on the bottom so we were rather relaxed when we saw a smooth bottomed river.

As it turned out we didn’t have far to ride on the eastern bank of the Wolgan as the road was blocked. The Newnes industrial ruins were in walking distance an we took the opportunity. 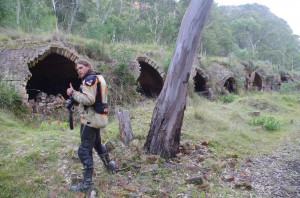 Coke ovens from about 1910. The bricks used are tapered. Very nicely built. I was really starting to feel my legs. I am loving the hard climbing but it does wear you out after a bit. I can see my fitness improving significantly. Still, stomping around the ruins in my full armour became heavy work. A curious round building. Not sure what the purpose of this one was.

There is an old railway from Newnes to Lithgow that runs through several tunnels. I wonder if we could ride all the way out to Lithgow through the cuttings, over the embankments and through the tunnels?