You are here: Home › Doongarra Downs to Black River

Woke early and got all packed quickly for the ride to Charters Towers (about another 160km of dirt) and then on to Donnie Lyon’s place at Black River (another contact of Rob’s).

Just before we headed off I thought I would have a quick look at my air filter. 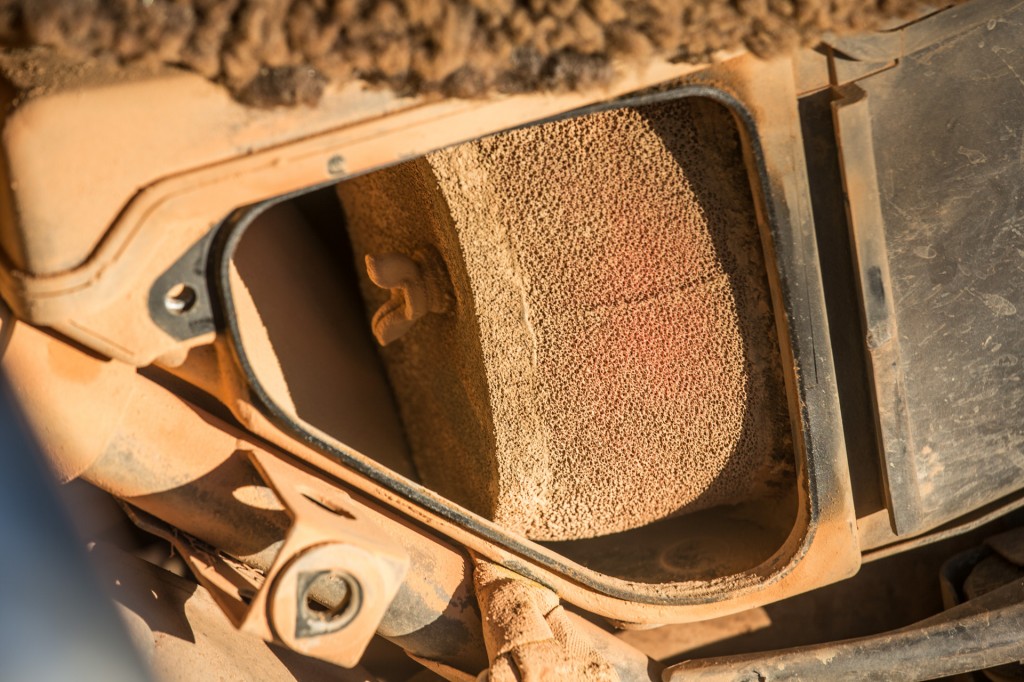 How the heck has dust got past the air filter so badly when I have never seen the inside of the filter even slightly dirty?

The next five hours involved pulling the carb out of the bike and entirely disassembling it, cleaning it in some of my precious fuel (in a cook pot) and reassembling everything. This was a big job. I was in the shade for all but the last 30 minutes and boy did my mood degrade quickly in the heat of the sun. I have plenty of water so we both kept hydrated.

I got out a spare air filter  (I carry three), oiled and installed it.

We rode into Charters Towers. I used all m remaining oil to top the bike up and by Chaters Towers it was desperate for more.

I bought a 4L container and we headed for Black River.

It was pretty late by this stage. It was over 200km to Black River and along the way by bike began to surge. I wasn’t sure if it was the engine about the seize or just some crap stuck in the carb. I stopped quite a few times trying to decided if I should pull the pin and get it trailered (not desirable at all especially considering we had no phone service and were a long way from Black River) or if I should keep riding it. I decided it must be the carb partly blocked and kept on. The oil was disappearing fast!! There are no photos. I was not in that that head space at all.

After more than three hours we did finally get to Donnie and Dana Lyon’s place. Boy was I glad to have arrived!

So the reason why yesterday was bad is because I “dusted” my motor yesterday. For those of you less mechanically inclined, dust is like a grinding paste for motors and wears them away very quick.

I guess that is the end of chapter one for Mawson. 41,000km. Time to rebuild the engine.